Local football teams will soon have new, purpose-built change rooms at the Huonville Recreation Ground following a successful application for grant funding to remedy the lack of suitable facilities for female players.

Funds from the Tasmanian Government’s Levelling the Playing Field Grants Program will help complete the project, including demolition of the existing structure. Contributions from AFL Tasmania and Bendigo Bank will also be used as well as asset renewal funds from Council’s 2019/20 budget.

Huon Valley Council Mayor Bec Enders said new change rooms will make a huge difference to female players, who won’t or can’t use the current change rooms due to the aged condition of the rooms and the lack of privacy in the shower and changing areas.

“An AFL Audit in June 2017 ranked the existing 1950’s change rooms as 28/50 and deemed them unsuitable for female players,” said Cr Enders.

“Council has been working in close consultation with the Huonville Lions Football Club to address this matter since their very first Women’s Team was fielded this season. The condition of the change rooms could no longer be ignored.”

“Rather, it is about creating facilities to cater for unisex use, removing urinals and open showers and replacing with toilet cubicles and shower cubicles that allow showering and changing in privacy,” Mrs Bell said. “The Recreation Grounds are an important asset for our community and the change rooms were used as a shelter for companion animals during the January 2019 bushfires, so we are really pleased to deliver this upgrade.

“We expect the new change rooms will be finished in this upcoming football season.”

Council is committed to supporting sporting groups throughout the Huon Valley, and is currently working with the Cygnet Football Club to upgrade their change rooms and lighting to improve the experience for local players and better accommodate the women’s team.

Download a print-friendly version of this media release here. 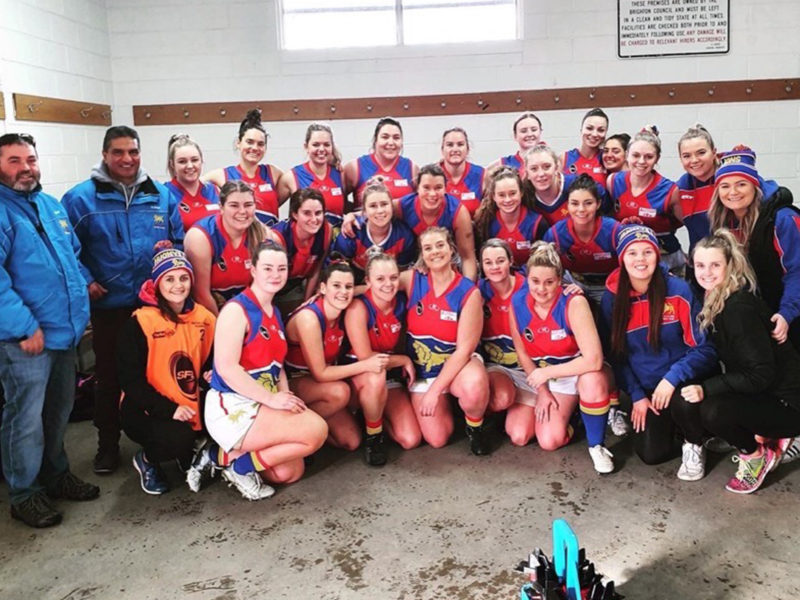