At its Ordinary Meeting to be held on 11 December 2019, the Huon Valley Council will revisit the decision to sell the portion of land containing the Cygnet Medical Centre at 14 George Street, Cygnet, following consideration of a public meeting, Tribunal hearing, and potential outcomes of an Expression of Interest (EOI) process.

A public meeting was held on 14 October 2019 to discuss the consequences of the sale of the Cygnet Medical Centre, as requested in a petition to Huon Valley Council containing the signatures of 834 electors. The meeting was attended by 92 people and four motions from the community were presented, with the majority of attendees voicing concern about Council’s decision to sell.

Concerns over the Council’s decision to sell included:

While the majority of attendees did not agree with Council’s decision, some comments were made in support of the sale, such as:

“The meeting was a good opportunity for Councillors to listen to what some members of our community feel about the sale of the Medical Centre and hear common concerns, so we can include these as part of the decision-making process,” said Huon Valley Council Mayor Bec Enders. “Public meetings are part of our democracy and there was a high level of participation from those in attendance.”

The outcome of an appeal to the Resource Management and Planning Appeals Tribunal (RMPAT) made against the Council’s decision was provided on 17 October 2019.

At the upcoming Ordinary Meeting on 11 December, Council will consider the motions passed by approximately 70–80 people at the public meeting and balance those concerns with the overall interests of the whole Huon Valley community.

“We will also take into consideration the Tribunal decision and potential outcomes of an EOI process and the purchase price that is put forward before making a decision on whether the sale should proceed,” said Cr Enders.

Any prospective purchaser must demonstrate a strong commitment to the Huon Valley community and agree to provide medical and allied health services until 2032 or beyond, as per the Commonwealth Funding Agreement.

For further information please view the Background Information Summary and the Minutes from the Council’s Ordinary Meeting held on 26 September 2018. 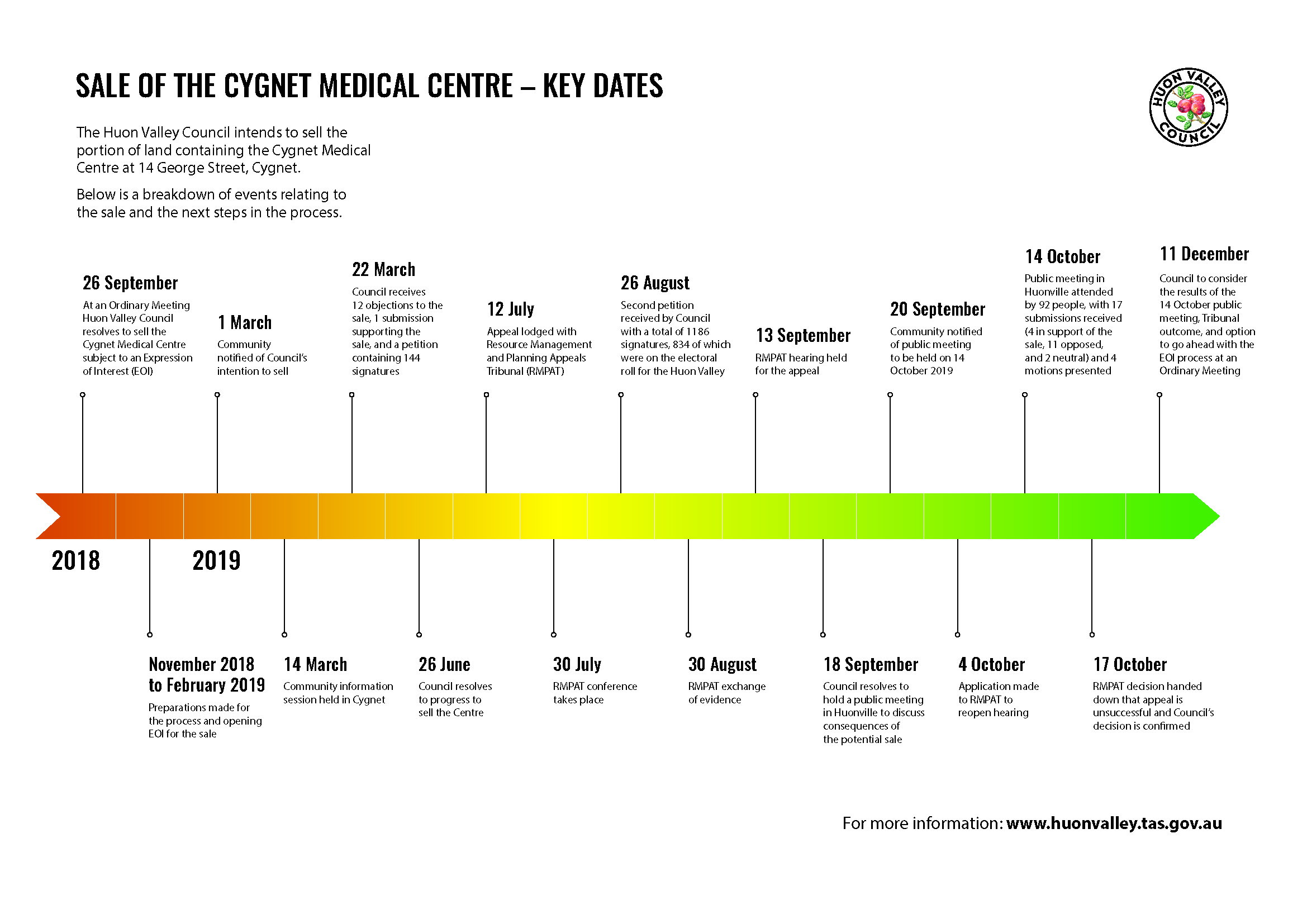 You can download a print-friendly version of this media release here. 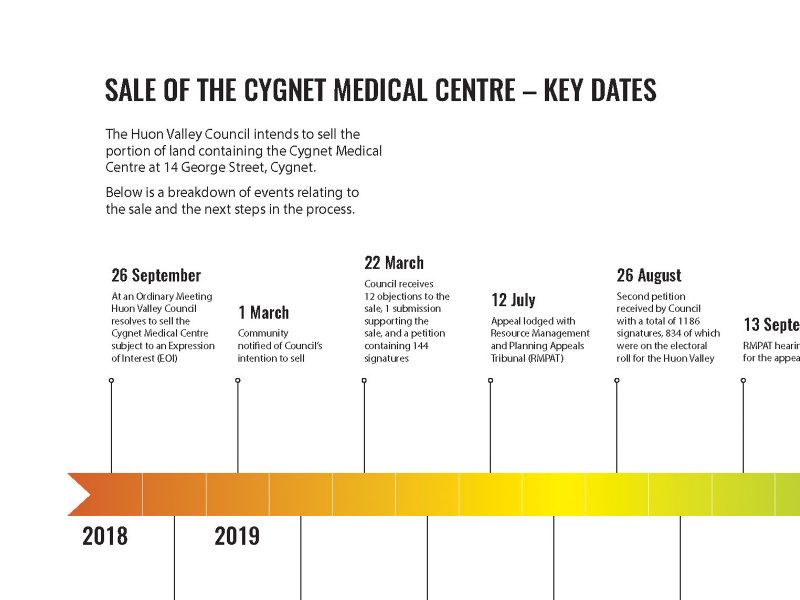