Construction is now complete on the new unisex change rooms at the Huonville Recreation Ground, providing local sports clubs with modern changing facilities that are female-friendly and fit for purpose.

Huon Valley Council Mayor Bec Enders said new change rooms is a huge improvement from the previous 1950’s change rooms, which were ageing in quality and lacked privacy in the shower and changing areas.

“An AFL Audit in June 2017 ranked the old change rooms as 28/50, and deemed them unsuitable for female players,” said Cr Enders.

“The new change rooms are built to the AFL Preferred Facility Guidelines, so they use best-practice unisex design”

“We have been working in close consultation with the Huonville Lions Football Club to address this matter.

“The new change rooms are built to the AFL Preferred Facility Guidelines, so they use best-practice unisex design to support more participation in the sport by both men and women.

“Council is committed to supporting sporting groups throughout the Huon Valley, so we were grateful to receive a Tasmanian Government Levelling the Playing Field grant to help make this project happen.

“We would also like to thank AFL Tasmania and Bendigo Bank for their contributions.” 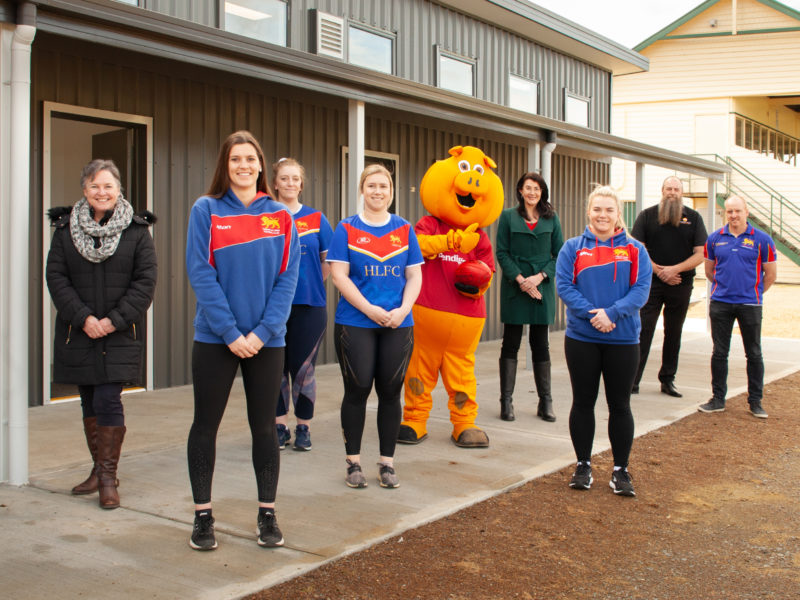