The local government election held recently resulted in Sally Doyle being elected mayor after acting in the role for the last seven months, and Toby Thorpe elected as deputy mayor.

A swearing-in ceremony took place at the Council Chambers on 4 November and was officiated by the General Manager Jason Browne. A ceremony was held at a later date for Cr Burgess.

Each councillor took a declaration of office to carry out the role of reviewing, debating and making decisions about issues that are brought before the council to the best of their ability, and in the best interests of the community.

The declaration also included complying with the council’s code of conduct, engaging in ongoing professional development and abiding by the principles of good governance.

Mayor Sally Doyle said she was looking forward to working together with the new councillors.

“It is a fresh start for the Huon Valley Council,” Mayor Doyle said.

“With many new faces we have an opportunity to create a culture of respect and collaboration and for all of us to align our own values with those of the organisation as we work to serve the community.

“There are many exciting things happening in the Huon Valley and there are also some challenges that we are facing. I am confident that we will all advocate for the valley’s interests.”

General Manager Jason Browne said an extensive induction program for the incoming councillors is currently being rolled out.

“In the past, our inductions have incorporated a lot of paperwork, but we have improved our processes and are using online tools to share information with our new councillors.

“The program includes site visits, land use planning and approvals act responsibilities, discussing priorities and objectives, council meeting procedures and managing conflict of interest at meetings. There will even be a mock council meeting to prepare councillors for their first meeting on 30 November.” 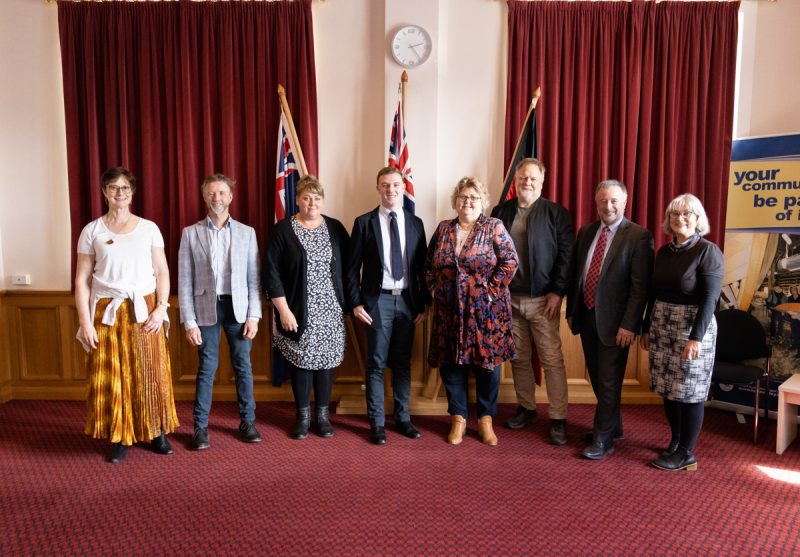