What is the purpose of this project?

Mayor Enders: The Jefferys Track feasibility study is not a proposal to build a link road or roads. Instead, the project is investigating whether the Jefferys Track is viable as a link road between the Huon Valley and Derwent Valley Councils, after the Plenty Link Road was found not to be viable in the 2015 Southern Explorer Feasibility Study.

How is the community being engaged in the project?

Mayor Enders: The community engagement part of the project is vital to understand impact on the communities, and any concerns that local residents may have.

Deloitte Access Economics is undertaking the community engagement process to ensure that the community’s views and thoughts about the project are equally considered alongside the technical and economic cost.

We have seen strong numbers in our community engagement process, which began on 14 August. To date, there have been 337 written submissions completed and 240 in progress.

Mayor Shaw: Public meetings are also being run by Deloitte Access Economics on 3 September at the Huonville Town Hall (now booked out), and on 9 September at the New Norfolk RSL. Numbers will be limited to comply with COVID-19 venue restrictions, so you will need to RSVP if you would like to come along. You can RSVP by leaving a message with Deloitte on (03) 9667 5040 or via jefferystrackconsult@deloitte.com.au.

While the public meetings will offer a good opportunity for community discussion, the best way to Have Your Say on this project is to provide a written submission via the survey. This is because your answers can be thoroughly and accurately recorded in the engagement report, and you have more time to put your answers together.

The survey is open online until 16 September 2020.

How far along is the feasibility study?

Mayor Enders: The feasibility study is being undertaken in three stages:

The road engineers, GHD, completed the first draft of their report of the feasibility study on 24 August 2020. This has looked at what is technically possible to achieve, indicative costings, estimated travel times, and works that would be needed to upgrade connecting roads in both Valleys. These findings could be subject to change, should the project be found to be viable and receive the support and funding to be developed further.

Deloitte is currently in the process of stakeholder engagement to find out the level support and the concerns among landowners – such as Tasmania Parks and Wildlife Service, and the Wellington Park Management Trust – local residents, industry, and emergency management services.

These feasibility study and stakeholder engagement outcomes will be used in a cost-benefit analysis by Deloitte as part of the final report.

What are the results of the feasibility study so far?

Mayor Enders: At this stage, the feasibility study has shown that a light-vehicle route for commuters and tourists, with some realignment, could be constructed from Crabtree to Lachlan. This route would run 35km from Huonville to New Norfolk, with a travel time for a car of about 34 minutes at best, depending on traffic and conditions.

The cost to construct this route, including upgrades to connecting roads in both Valleys, would be in the area of $98 million.

A heavy vehicle route was not possible from Crabtree, but the study shows that this could be possible through a different route. This road could start from the Huon Highway, run via Glen Huon to Judbury, travel up Judds Creek Road and join White Timber Trail before connecting to Jefferys Track and travelling on to the Lyell Highway. However, this would be 49km in length from Huonville to the Lyell Highway at New Norfolk. Travel times for a car could be at best 42 minutes, depending on traffic and conditions, or 49 minutes for a heavy vehicle.

The cost to construct this road, including upgrades to connecting roads in both Valleys, would be in the area of $276.7 million.

Deloitte is incorporating these findings into their cost-benefit analysis while continuing with stakeholder engagement.

While it’s too early in the study to reach a conclusion on the future of Jefferys Track, these findings could lead back to re-examining the possibility of upgrading the Plenty Link Road. 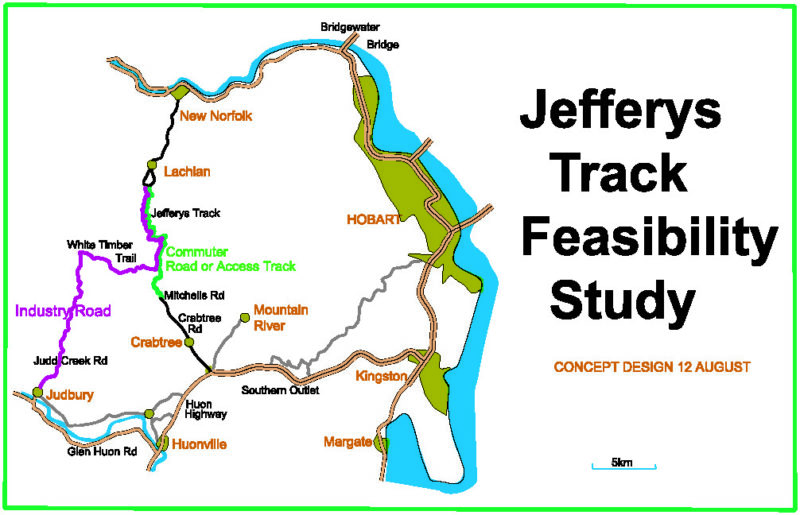 The grey roads won’t be affected by this potential project.

How long has this project been in the works?

Mayor Shaw: The concept of linking the Huon and Derwent Valley has been discussed at length for several years. Recently, since the completion of the Plenty Link Road Feasibility Study in 2015 and that particular route being deemed unviable, questions remained on whether Jefferys Track is a better option as it is significantly shorter. It was also acknowledged though that the route has issues due to its topography, and whether local residents would support or oppose its upgrade.

Mayor Enders: In 2017, the Huon and Derwent Valleys held meetings to discuss a plan to improve the track, and featured in an article in the Mercury about the plan. In February 2018, former Commissioner Adriana Taylor issued a media release about the project. A request for EOIs was released in October 2019, and this had to go through further procurement rounds in November 2019, and then in the new year, at the end of January 2020. The project was supposed to start in February to March 2020, but then was delayed due to COVID-19.

This current study commenced in July 2020 and is a collaboration of the Huon and Derwent Valley Councils, in conjunction with GHD and Deloitte who are undertaking the work on our councils’ joint behalf.

I have concerns about the prospect of a new industry road being constructed to link the Valleys. How would you respond to this?

Mayor Enders: We understand that the community has concerns about this study.

We want to assure the community that this is a conversation only. No decision has been made to undertake any upgrades to Jefferys Track at this time.

Mayor Shaw: The purpose of the study is to better understand the options available to the Track and to better inform any decisions about it, into the future.

Our community has an important role to play in that conversation and we encourage anyone who wants to be involved, to complete the survey or register to attend a meeting.

What is the cost of the feasibility study? Is this being split between the two councils and state?

Mayor Shaw: Funding for the feasibility study has been provided by the Tasmanian Government. Neither Council is contributing any funds toward this project. The project is being managed by the Huon Valley Council with the support of Derwent Valley Council. 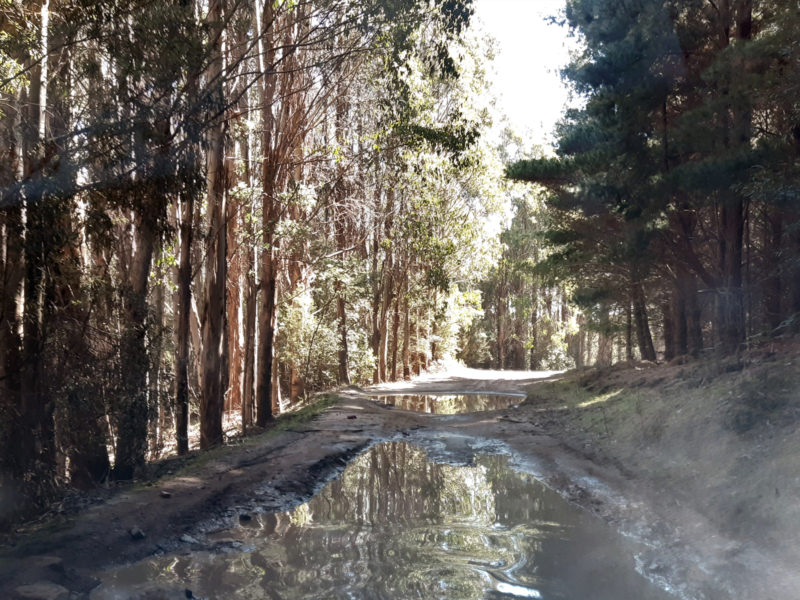