Move it or lose it

If you’ve never heard of the Aquaducks it’s sure you time you did! With a motto like ‘move it or lose it’, they are a force to be reckoned with.

The Aquaducks are a group of mainly women over 60 who do aqua aerobic classes at the Port Huon Sports and Aquatic Centre. The group itself has been in existence for over 20 years.

After the film shoot at the pool, we had the pleasure of spending time with participants Zoe Walker, Ann Bickford, Christine Lovell, and Val Tierney at the Trading Post café in Port Huon.

What is so striking about the women is how positive they are. Yes, they have their ailments, some have lost their husbands, but their perspective on life and wellness is incredibly inspiring.

The women spoke about how beneficial the exercise was for their knees, breathing, keeping weight off, and overall fitness, but emphasised the social aspect as well.

Ann said they have a good laugh in the pool and when they have their coffee after class.

“The company allows you to be you,” said Zoe. “The oldies should get up and come and it doesn’t matter that it’s that early, it makes you get out of bed. It’s something to look forward to and somewhere to go.”

The women are keen to see more men come along to reap the benefits as well. The women reckon they’d really benefit from a coffee and chat after the class, just as they do.

“I’ve been coming to the pool for about 10 years now and in that time, people are obviously getting older. We’ve had people up to 90+… but in all those years, we’ve only lost two people which is amazing. So, it’s keeping people alive,” says Ann.

You can watch the Aquaducks film below. 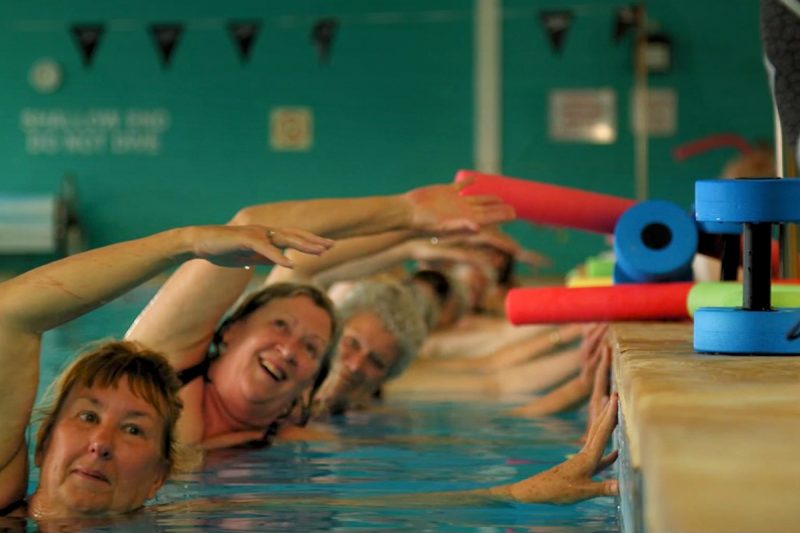