The Tasmanian Government is reforming the State’s planning system by introducing a single planning scheme for the State – the Tasmanian Planning Scheme.

The Draft Huon Valley Draft Local Provisions Schedule and the Supporting Report for the draft LPS and its attachments are set out below.

(a) Link to Supporting Report and Attachments 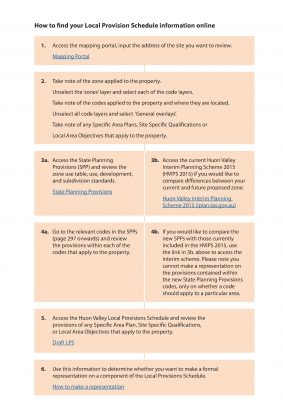 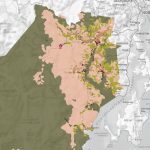 In 2014 amendments were made to the Land Use Planning and Approvals Act 1993 (LUPAA) that enabled the Council as a Planning Authority to commence the process of implementing the current planning scheme, the Huon Valley Interim Planning Scheme 2015 (Interim Planning Scheme) which became effective on 31 August 2015.

Further amendments were made to the LUPPA effective from 17 December 2015 for the introduction of a single planning scheme for the State – the Tasmanian Planning Scheme (TPS). These amendments enabled the State Planning Provisions to be implemented and commence in 2017. 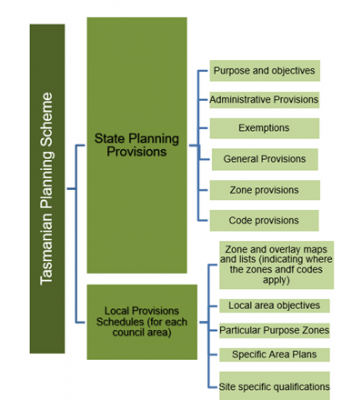 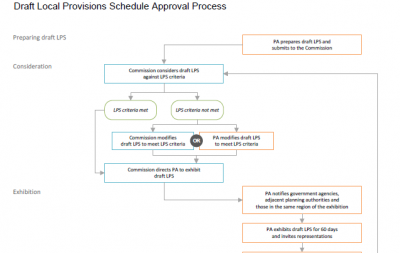 The Council, as planning authority, is responsible for preparing the draft LPS for the Huon Valley municipal area.

Structure and form of the LPS

Further information is set out below and also on the Commission website about these requirements.

At its meeting on 22 May 2019 the Planning Authority endorsed a previous version of the draft LPS. Following that decision, the former draft LPS was referred to the Commission for its consideration.

The Commission then arranged for post lodgement conferences to be held in 2019 with Council officers to discuss the draft LPS documentation and maps submitted to the Commission.

The agenda of these conferences are displayed on the Commission’s website. The most recent conference was held in January 2021.

The Council (as planning authority) endorsed a revised version of the draft Huon Valley Local Provisions Schedule (draft LPS) at its meeting on 19 May 2021.

In May 2021 after the meeting, the draft LPS, maps and overlays were sent to the Tasmanian Planning Commission (Commission).

Modification of the draft LPS

Exhibition of the draft LPS

The draft LPS which includes the draft LPS maps and overlays will be exhibited from 24 January 2022. Further information will be provided when the exhibition period commences

(b) Index – Appendices to the Draft LPS Supporting Report