The newly replaced Burtons Reserve toilet block in Cygnet is now complete and open for public use.

A local independent builder was engaged to build the Burtons Reserve toilet block replacement via a public tender process which was opened in October 2019. The project also included the demolition of the two existing 1950s toilet blocks and the relocation of lighting poles, underground electrical cables, and sewerage pipes.

“The project cost originally quoted in 2015 was not adequate to deliver this project and at our 29 January 2020 Council Meeting, Council agreed to allocate the extra funds needed to complete the project from Council’s Building 10 Year Program, approved in the 10 Year Asset Renewal Program,” said Huon Valley Council Acting Mayor Sally Doyle.

“One of the main delays in the project was due to Council choosing to put the replacement on hold in 2016 while Council reviewed the Burtons Reserve Master Plan. We wanted to ensure our decisions were made in consideration of the entire reserve, so we could achieve the best outcomes for our community.”

The first development application for the toilet block replacement, advertised in 2018, was withdrawn by Council’s General Manager due to concerns raised in the community about having showers included in the design.

Council revisited the design and undertook more community consultation to create a new design without showers that includes:

More information and background on the Burtons Reserve toilet block replacement project is available on Have Your Say. 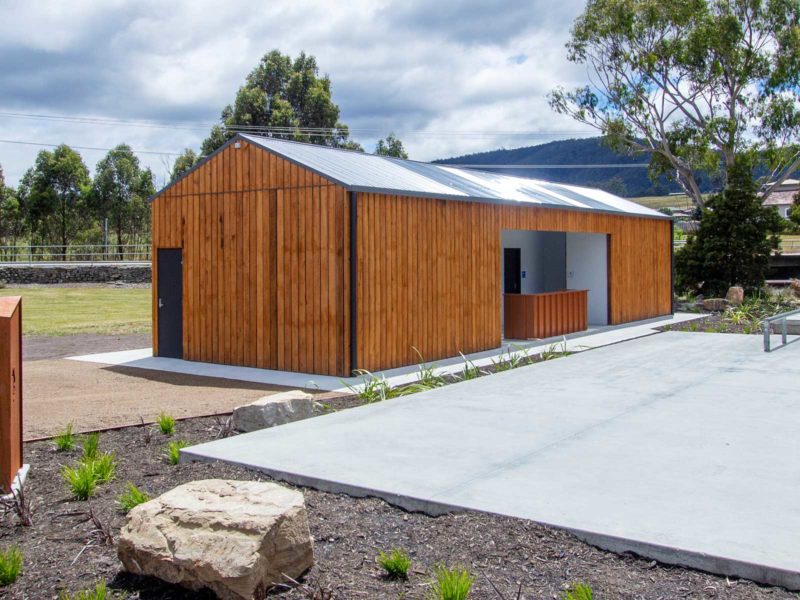