Do you commute from the Huon Valley into the city of Hobart via the Southern Outlet?
The Department of State Growth wants to hear your feedback about its concept designs for a transit lane on the Outlet and the implementation of bus priority measures on Macquarie and Davey Streets.
The Southern Projects are comprised of:
The transit lane will operate northbound between Olinda Grove and Macquarie Street, as a ‘T3’ transit lane. This means it could be used by private vehicles carrying three or more occupants, buses, taxis, motorbikes, and emergency service vehicles. The transit lane will support a greater uptake of public transport and carpooling; and improve travel times and reliability for transit lane users.
The project balances the needs of public transport, walking, and cycling with the corridor’s traffic movement function. The designs include new and improved bus stops, targeted traffic changes, bicycle facilities, and new walking connections, which will improve safety, reliability, and travel times.
Creation of two new park and ride facilities in Kingborough at Huntingfield and Firthside. This includes development of new southern suburbs bus services.
Consultation is now open on the concept designs for both the Southern Outlet Transit Lane and the Macquarie and Davey Streets Bus Priority measures. You can have your say until 27th September.
To have your say and for further information visit www.transport.tas.gov.au/southernprojects 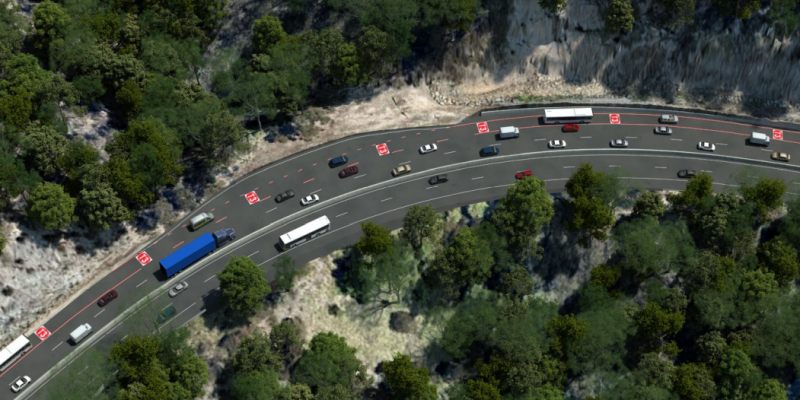