The installation of a lift in the Cygnet Town Hall has shown it’s possible to make heritage buildings accessible and simultaneously preserve their value.

Acting Mayor Sally Doyle congratulated the team who worked on the lift installation.

“It goes to show that when heritage consultants, access consultants and council staff work together anything is possible.”

Lifts have now been installed in two town halls in the Huon Valley, Cygnet and Geeveston.

“The Cygnet community has wanted a lift in the Town Hall for many years,” Acting Mayor Doyle said.

“The completion of the lift demonstrates how the community can advocate for something they believe in, work with Council to have it included in its long-term financial planning, and all of us work together to make it happen.”

The lift in Geeveston was installed last year and has resulted in many more people having access to the upper floors.

“It’s only been installed six months, but it’s as though it’s always been there. You can’t quite imagine the town hall without it,” Acting Mayor Sally Doyle said.

“Having lifts installed in these beautiful heritage buildings means everyone can have equal access to both floors.”

Located upstairs of the Cygnet Town Hall is the supper room and this is used for classes, small concerts, film screenings, dance classes and meetings.

“With the lift installed, we expect more people will find it more appealing to use.” Acting Mayor Sally Doyle said.

“Around one in five Australians experience disability and so councils need to be doing all they can to create inclusive communities. Making places accessible is vital for the health and wellbeing of our communities. It is very important that people with mobility impairments are considered equally.”

The Cygnet Town Hall has a wonderful heritage value. Built in 1913, it has been the heart of the social life of the Cygnet community since its construction. It was regularly used for balls and dances and was a cinema at one stage.

Council advocated in its 2019 Federal Election Strategy for lifts to be installed in both the Geeveston and Cygnet Town Halls. 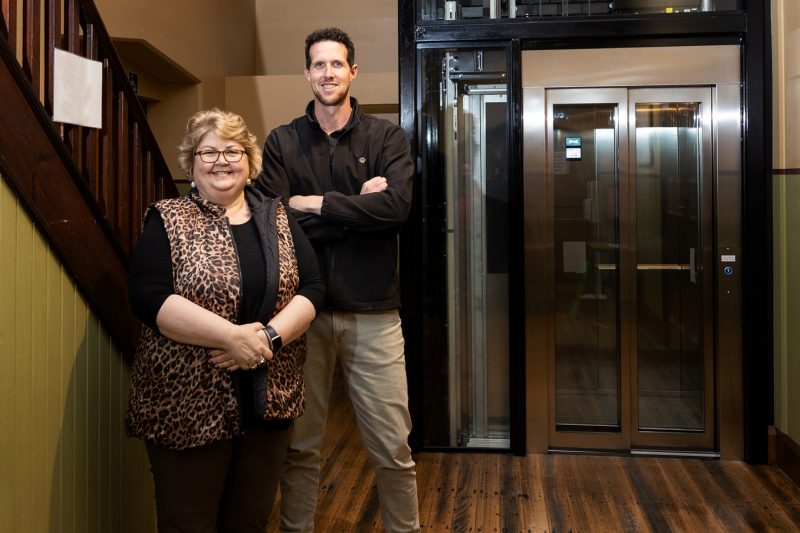