The winners of the Huon Valley 2022 Volunteer Service Awards were announced at a special ceremony on Thursday 19 May.

Congratulations to the winners of the Huon Valley 2022 Volunteer Service Awards, announced last night at a special ceremony.

Volunteers quite often show a lot of dedication to their roles and Liz Walch is no exception. Unanimously voted in as the District Commissioner of the Huon Pony Club last year, for one meeting she zoomed in for a meeting from her hospital bed.

Liz is renowned for her reliability and motivation. She became involved with the Huon Pony Club first as a parent eight years ago and quickly became an active member on the committee. She has held numerous positions. Her passion for the club has resulted in a significant improvement in membership numbers and equipment upgrades.

She has been described as the powerhouse for events and getting things done beyond all expectations. 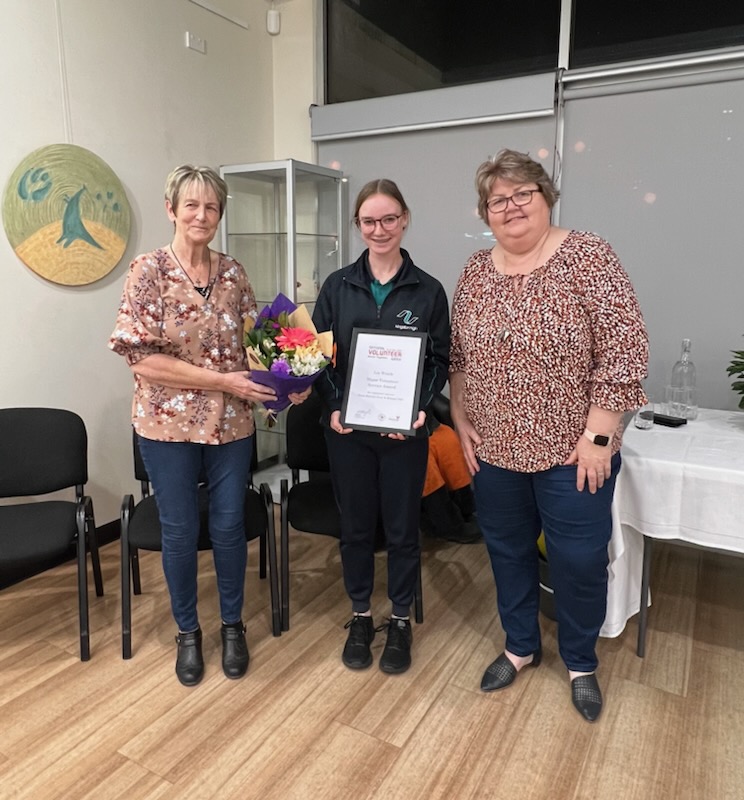 The Volunteer Service Award (up to 5 years) went to Vanessa Ireland-Barratt.

These units would have closed if Vanessa didn’t take on the roles. She has dedicated many hours to designing and delivering an exciting and engaging program for the girls, with adventure activities including abseiling, white water rafting, archery etc.

Always conscious of cost for the girls’ families Vanessa seeks funding through grants or fundraising to subsidise activities and provides transport as well. She is also the Secretary of the Guide Scout Regatta Committee, an event that attracts around 1000 people. 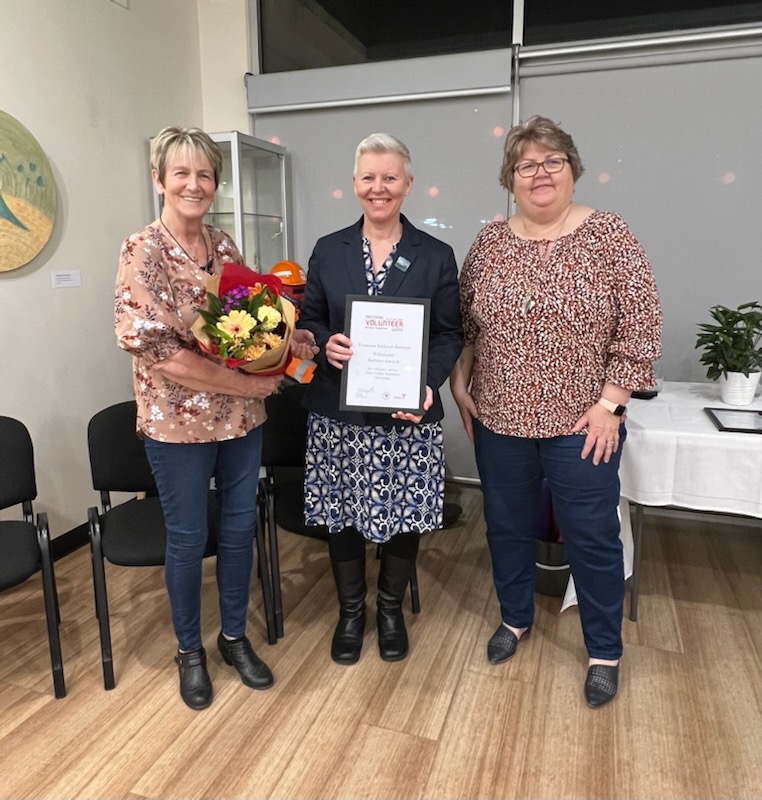 Some of the work volunteers do in their communities change lives for the better. The kind of volunteering Erika Talbot does helps children, older people and people who are terminally ill.

She also volunteers with Eldercare Regional Care, visiting aged care residents, as well as the Whittle Ward, which is part of Royal Hobart Hospital palliative care unit. She takes with her one of her beloved Golden Retrievers.

As a nurse, Erika knows the benefit of providing terminally ill patients with a therapy pet that provides them with comfort and love during the last weeks and months of their lives.

One of the things Erika is renowned for is her beautiful Christmas nativity display. Many children have had the privilege of coming to her home in Lucaston to see the beautiful display and in recent times Erika generously offered to set it up in the Huon Valley Hub for all to see.

A lot of initiatives and events wouldn’t happen if it weren’t for volunteers. This is precisely the case for University for the Third Age in Geeveston. Wendy Munson has been coordinating U3A Geeveston for nearly 20 years where she has attracted a variety of speakers, provided stimulating activities, outings and initiated discussion of challenging topics.

Because of her welcoming manner membership is climbing and according to her peers, she is a calm, natural leader. Wendy is also a member of the visitor information centre and has been for 20 years, helping many people enjoy the beautiful attributes of Geeveston.

Val Andrews is a committed local volunteer and her contributions have spanned recreational and social issues for over a decade.

In 2011, Val was a key driver of an initiative to improve public dog exercise facilities in the Huon Valley and in October of the same year became the first Secretary of the newly formed Huon Valley Dog Walking Association Inc.

She took on the role of the association’s Vice-President for a number of years before becoming President in October 2021.

She has been a strong advocate for the socialisation of dogs in the community and is a key driver behind the establishment of dog exercise parks in the Huon Valley as well as improved pet transportation on the Spirit of Tasmania.

She has been an energetic fundraiser for dog-related organisations such as The Dogs’ Homes of Tasmania and since 2012 has managed the distribution and collection of the donation boxes, an initiative which has, to-date, raised almost $14,000.

By her peers Val is recognised as an outstanding volunteer who has contributed significantly to her community and beyond. 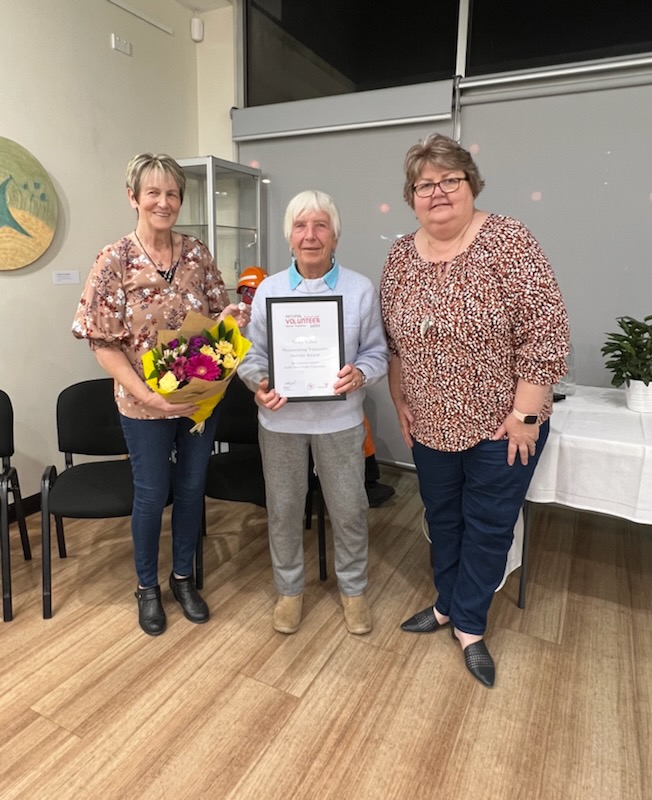 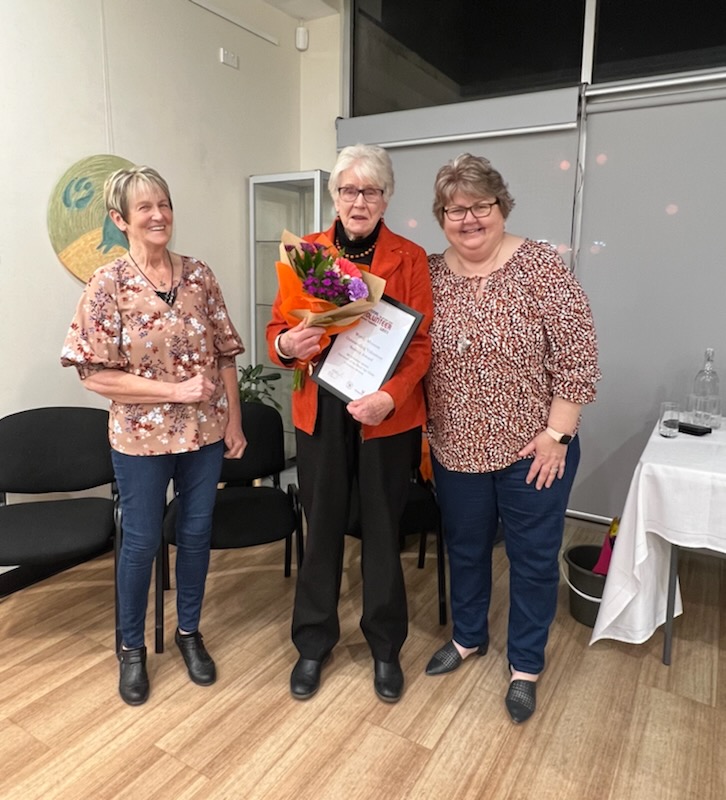 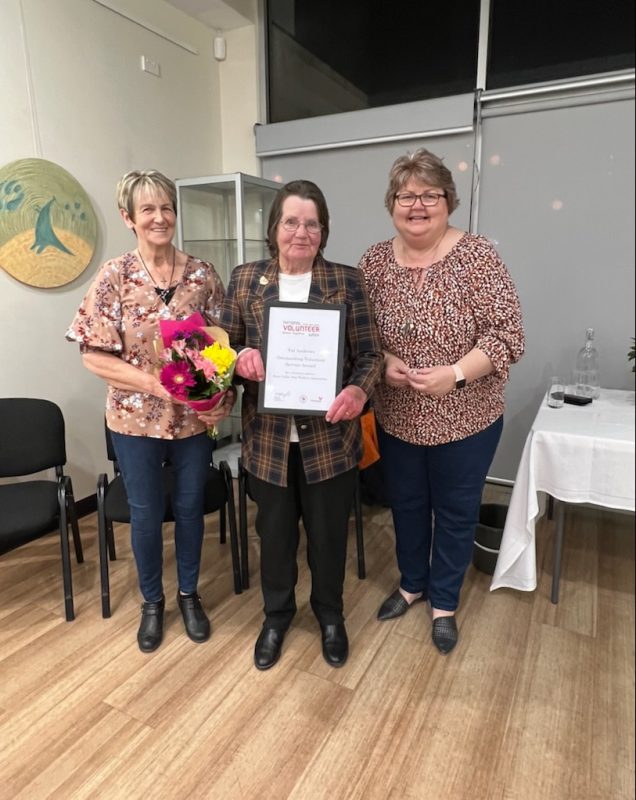 Acting Mayor Sally Doyle said the Huon Valley Council recognises that volunteering is a key part of the ongoing health and strength of its communities, with many of community halls, festivals, events, and clubs only existing due to the dedication of volunteers.

“We celebrate, thank, and recognise the significant contribution our volunteers make in the Huon Valley,” she said. 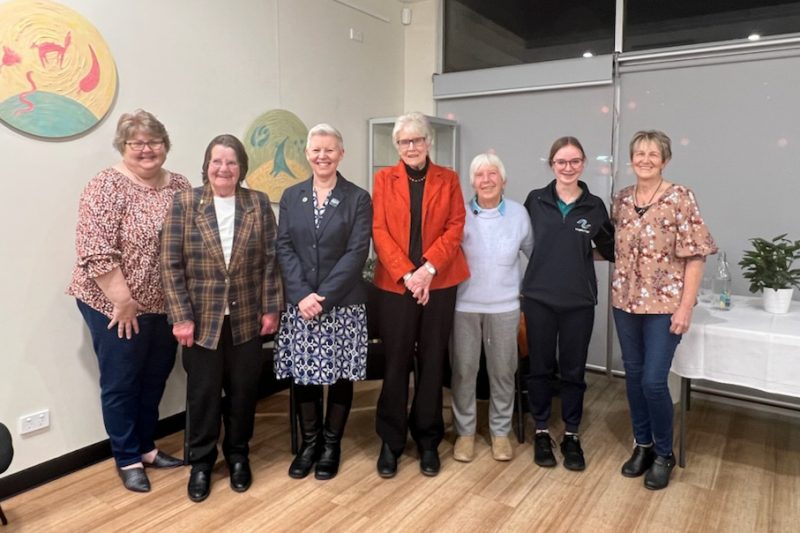