Vacationing in a tent on his land at Franklin is the inspiration behind Daniel Rawlins latest series of personal artworks titled ‘A moment, a place’, currently being exhibited in ARTBOX.

At home with pademelons, wallabies, falcons, eagles and yellow-tailed black cockatoos, Dan’s work exudes this tender relationship shared between himself and the wildlife, as well as the diverse plant life around him.

Daniel admits he wasn’t roughing it too much while he was in the tent – it was a bell tent with warm rugs and a pot belly stove after all – but as the winter months approached the appeal did wear off a little. This is when he decided to buy a cabin on wheels to experience a few more creature comforts.

He’s yet to create a space to do his art but for now he persists working wherever he can even though there is the occasional wind gust that blows his canvas off the easel and into the mud. Just to be on his 21-acre block is a blessing.

The decision to purchase land in the Huon Valley was something he considered very carefully.

“At the time I was contemplating whether to live in the city and holiday in nature or to live in nature. Before buying my block, I put an offer on an inner-city apartment which didn’t get accepted. It was one of those sliding doors moments. I couldn’t be happier with how it has all played out.”

While Daniel has dabbled in art for a while, this is his first solo exhibition, and he hopes his work highlights the rarity of inhabiting such a diverse and relatively untouched part of the world. 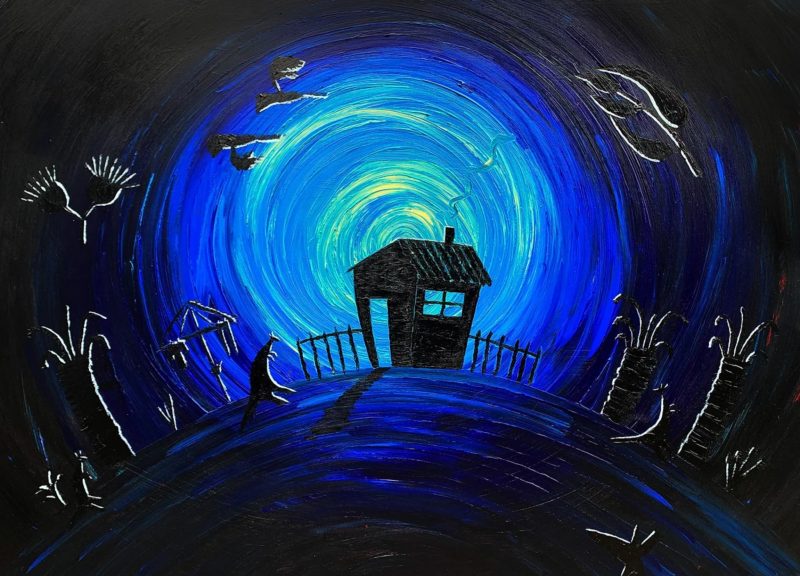 “I consider this series to be a builder of community pride as well as an outward facing celebration of our beautiful country.”

Daniel feels very settled in the Huon Valley and deeply connected to his land. He’s hoping to create more space to be creative, and work on things he truly cares about – art, music and community.

Daniel’s work is currently being exhibited in the Huon Valley Hub and in ARTBOX situated near the hub until 1 June. 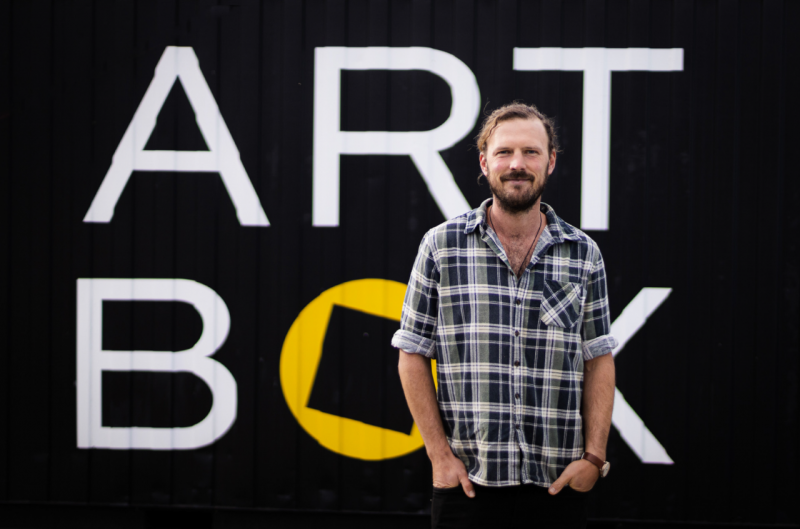