A new road base layer made of high-strength plastic webbing is being trialled as part of upgrade works along the Huon Valley’s Esperance Coast Road.

The 19km Surges Bay to Dover road was identified for upgrade due to signs of wear and structural fracture along its length. As a key industry thoroughfare it is frequently travelled by heavy trucks, and runs through a hilly riverside area, with a steep slope on one side and valley on the other.

Over time the road had become water-damaged due to high amounts of surface runoff and lack of drainage, and a poor subgrade material was causing erosion under the road. This affected the strength of the road and its ability to carry traffic load.

Huon Valley Council engaged engineering consultant Pitt & Sherry to investigate the condition of the road, focusing on the section between the Huon Highway and Police Point Road. The Geoweb road base system was recommended due to its high strength and ability withstand to harsh environments.

The three-dimensional system is made up of a network of cells that hold tightly packed rock and pavement material, allowing the road to carry a large traffic load and stay stable for longer. The Geoweb panels have small drainage holes to reduce water damage caused by down-slope runoff.

“Due to its high strength and weather resistance, Geoweb is a good fit for the location and this means it will cost less to maintain,” said Huon Valley Council Mayor Bec Enders.

As a cost-effective way to further stop surface and sub-surface water from entering the road pavement layer, a 1km subsoil drain was installed from Eva Gully Road to Desolation Bay.

The three-dimensional system is made up of a network of cells that hold tightly packed rock and pavement material, allowing the road to carry a large traffic load and stay stable for longer.

“The team did extremely well to complete these works to a high standard and in a timely and responsible manner on what is a challenging, high-traffic road,” said Cr Enders. “Our staff coordinated with local industry to arrange a different route for contractors, and workers rotated duties often to avoid strain caused by repeated movement.”

The road was resealed and line-marked in late July, and fortnightly inspections of the road have revealed no signs of failure or deformation.

“The team worked through some fairly unpleasant winter weather on this project and delivered an excellent result,” said Cr Enders. “We give them full credit for a job well done.”

Further repairs will take place later this financial year, with works scheduled for around the 2020 Easter holidays.

A print-friendly version of this media release is available here. 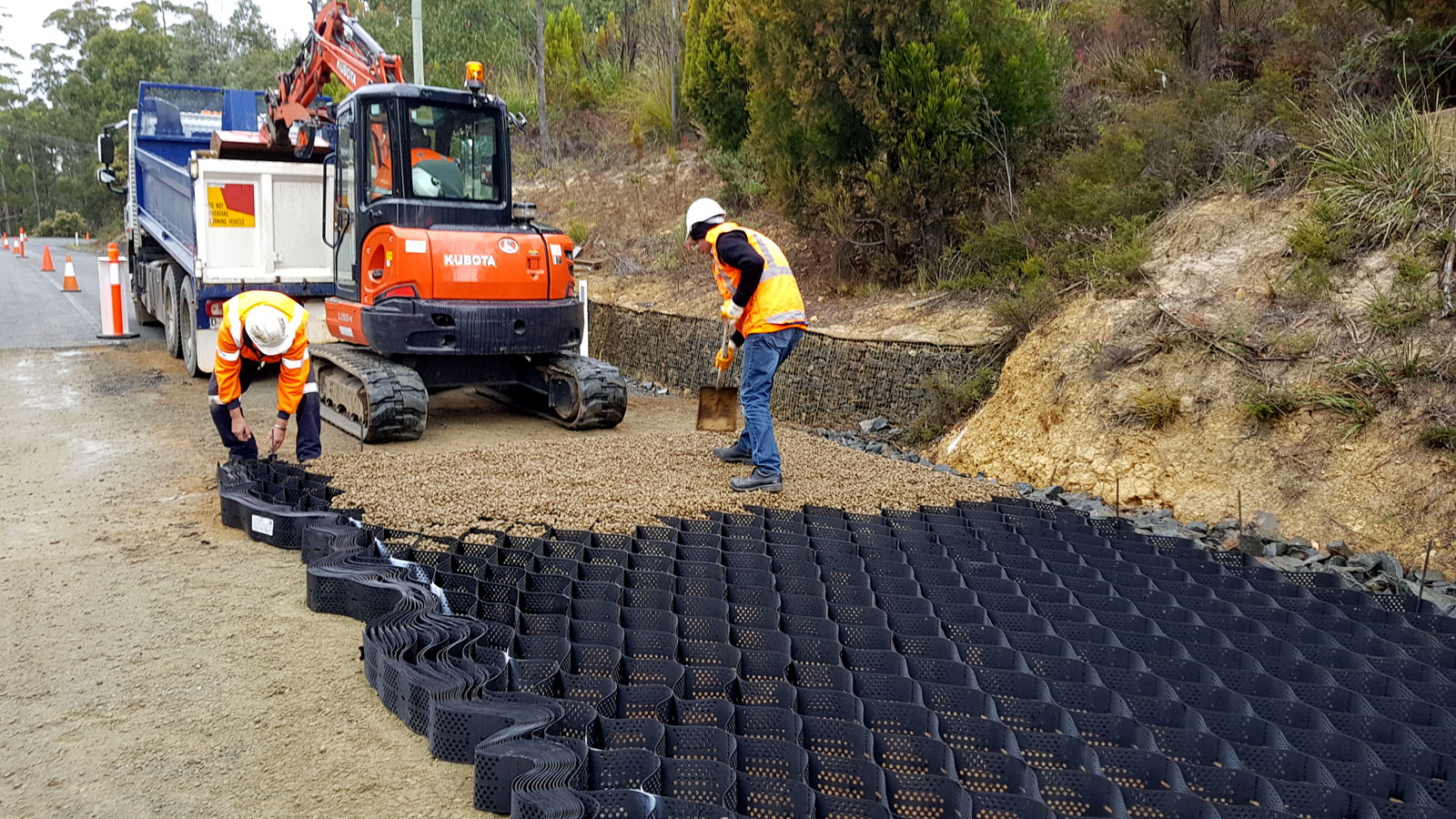 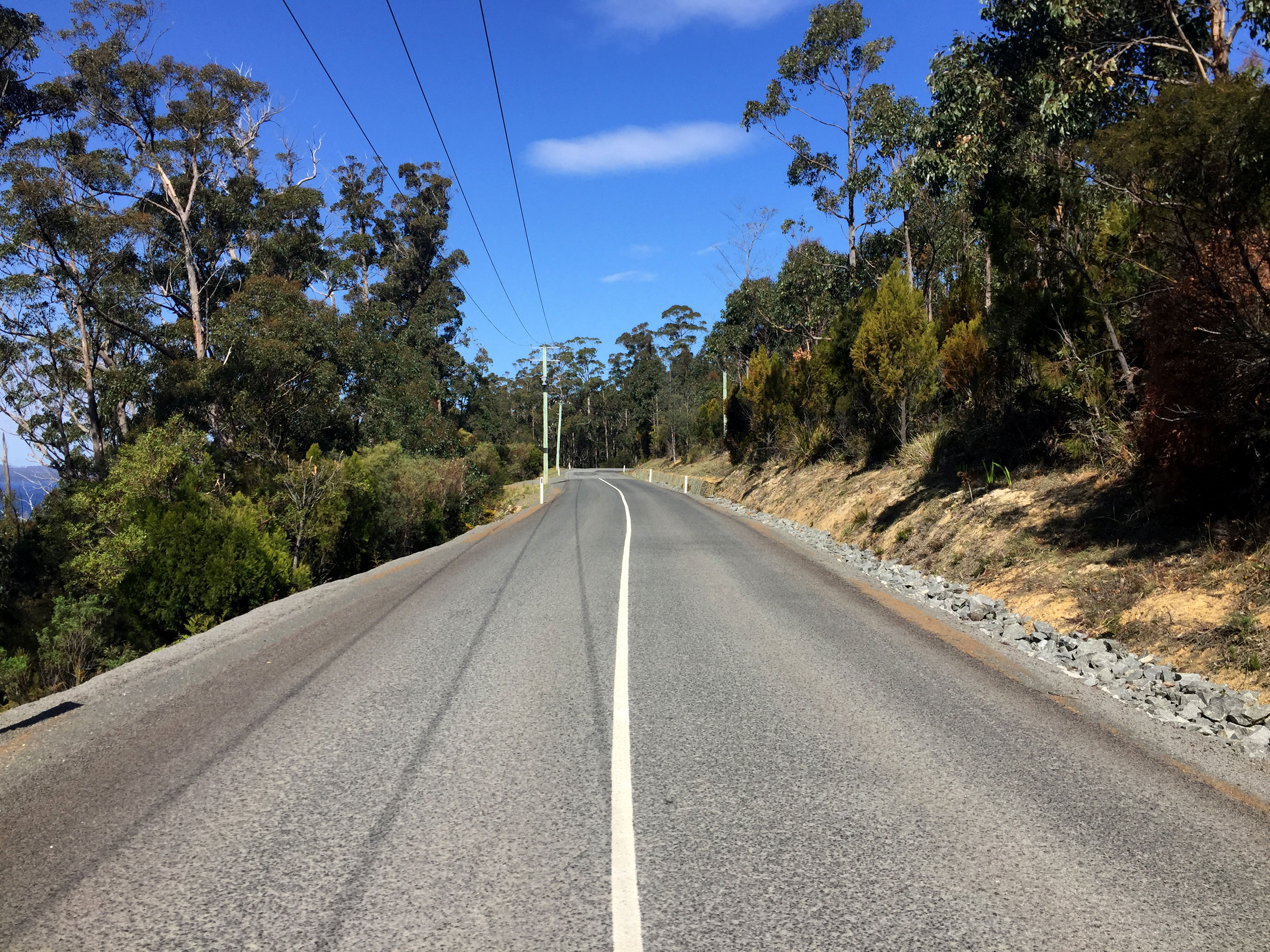 The road was resealed and line-marked in late July 2019. 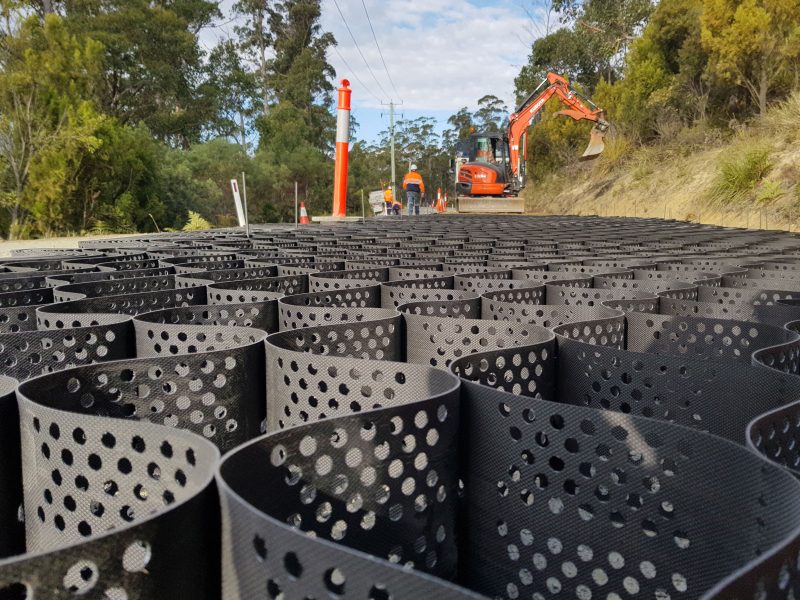