Hands up if you know what IDAHOBIT means. If you didn’t raise your hand, then this article is especially for you. Those who did raise their hands, don’t go anywhere just yet, we’re sure you’ll enjoy reading, so stick around.

IDAHOBIT may sound like a cute Lord of the Rings thing, says Huon Valley artist Kat Scarlet, but, in fact, IDAHOBIT is a day of global awareness to draw attention to the discrimination and violence experienced by LGBTIQ+ people.

IDAHOBIT is an acronym for the international day against homophobia, biphobia, interphobia and transphobia. It was first created in 2004, and the date, 17 May, is significant. It was on this day in 1990 that the World Health Organisation declassified homosexuality as a mental disorder.

With over 130 countries around the world celebrating IDAHOBIT Day, Kat says it’s fantastic that the Huon Valley Council is honouring IDAHOBIT as well. She said she’d love to see schools in the valley do more to educate kids on diversity, equality and inclusion. 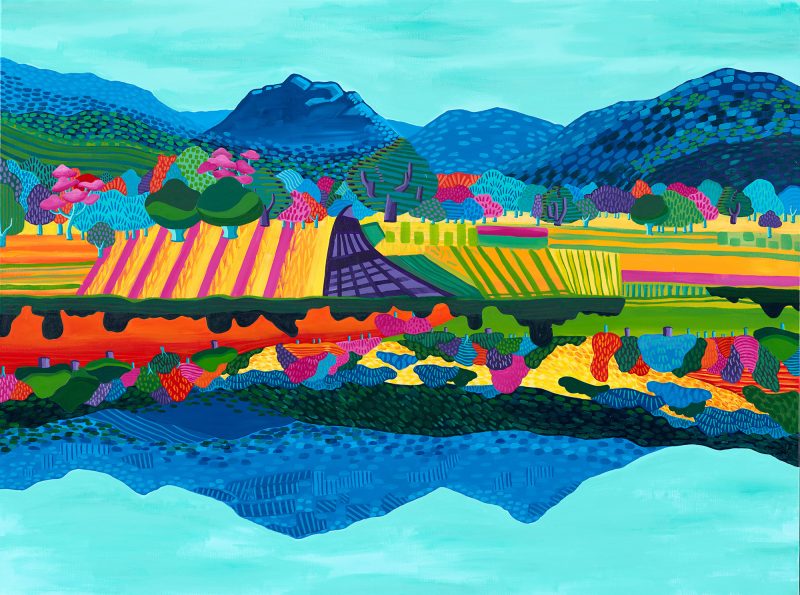 “Teaching diversity in the classroom and what that actually means would be great.”

Kat believes we still live in a world where some people don’t feel safe to be who they are.

“Some young people are making this massive life-changing decision to be themselves in society but then feel so vulnerable and cut off and some kids take their own lives. I think there is some change in the new generation, but I wonder how much the prejudice filters down from parents.

“There are still hate words used in school, like ‘faggot’ and saying ‘gay’ as a negative thing, and when teachers don’t stamp on that and don’t make a point of expressing how important language is, then that’s letting a lot of kids down.”

The Huon Valley Council’s Community Development team commissioned Kat to do a painting honouring IDAHOBIT Day. The painting will be hung in the Huon Valley Hub and a section of it has been produced into banners which will be displayed in the main street of Huonville during Pride Week, 16-20 May.

Two of the iconic mountain ranges of the Huon Valley feature in the painting, Sleeping Beauty and the Hartz Mountains.

“I am drawn to the mountains as points in the landscape that provide perspective and grounding from wherever you are. They stand above us as a comforting constant, rising above,” Kat says. 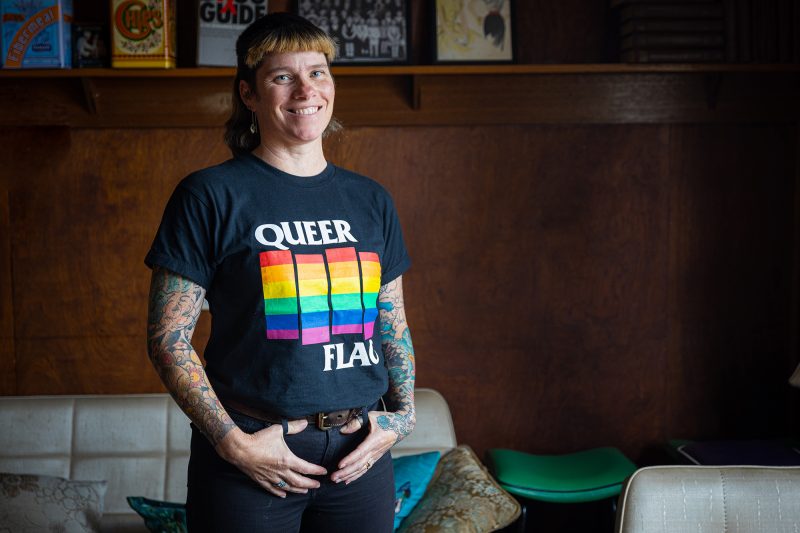 “The richness of colour is about the richness of community. Their colourful nature is more about reflecting the depth of experiences rather than making a nod to the pride flag, although it might elicit that response as well.

“I want to remember that diversity strengthens communities and I remember the experiences of older generations who had to fight every step of the way just to be seen, let alone be safe or welcome.”

Kat grew up in a conservative middle-class family who quite often displayed homophobic attitudes.

“My mother was big on saying gay guys are alright, but those lesbians are disgusting.”

Even though Kat didn’t come out until she was in her early 30s, she always felt like the black sheep. Her coming out has meant she no longer has a relationship with her birth family.

“This is a very common story. One of the things about coming out is that you immediately become part of a community, you may not know many people within the LGBTQI+ community, but you know there is a common thread which unfortunately is trauma, so there is a shared lived experience, and you find that the community aspect of it is really important, there’s a bonding.”

As someone who has been in heterosexual relationships, Kat says the difference between the way you’re treated compared to someone who is gay is huge. 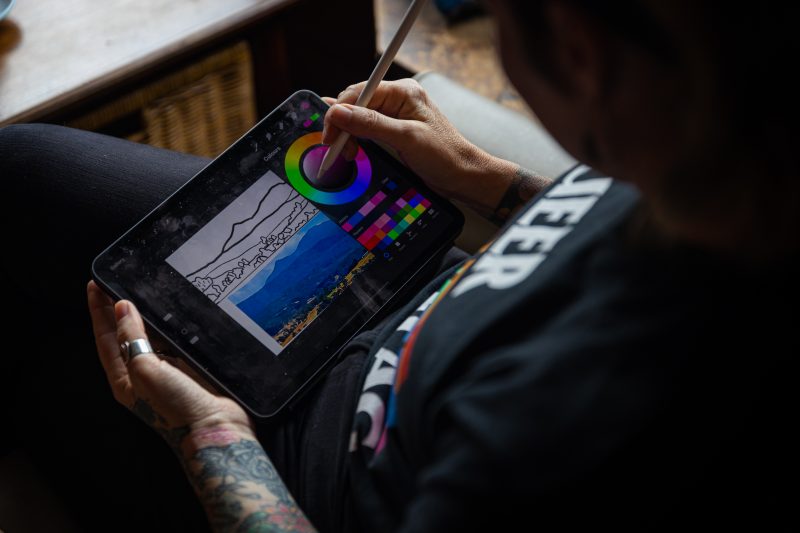 “Imagine leaving your house and feeling unsafe to hold hands with your partner, the person who you love, in case people pass judgement on you, or make mean comments, or threaten to beat you up.

“Really how we interact with each other should be based on if people are kind and loving and respectful rather than if they’re gay or trans or bisexual or from a different country or have a disability, just be a kind human.

Kat and her partner moved to the Huon Valley from Victoria, and she says her experiences in the valley have been positive.

“In other places I’ve lived, we’ve had people shout at us from car windows or in the street, threatening to kick our heads in; you’re literally just walking down the street not doing anything.”

For Kat and her family, it is the wonderful sense of community in the valley that has made them feel safe and a sense of belonging.

“Within the first year of living here I felt like I had more close friends than I had in seven years being in Melbourne. A lot of people I’m friends with are people who have moved here from other places and it’s those people who were looking for that connection and that community, so we just build it between us all. 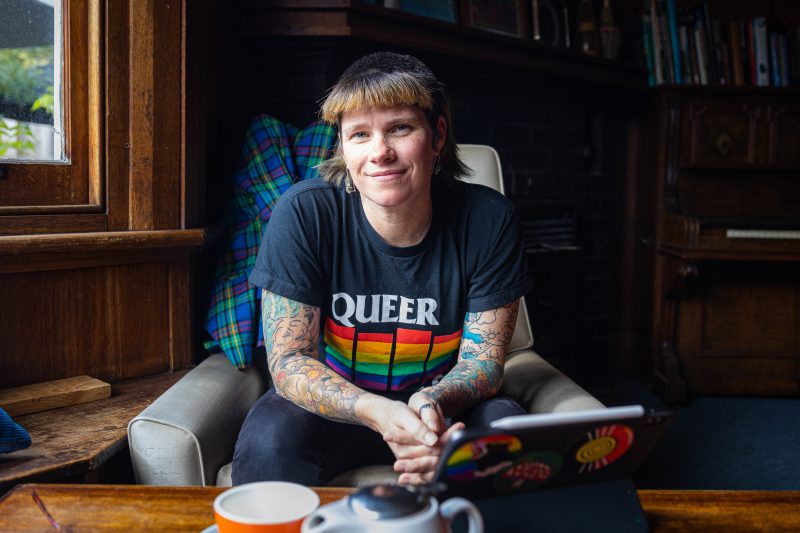